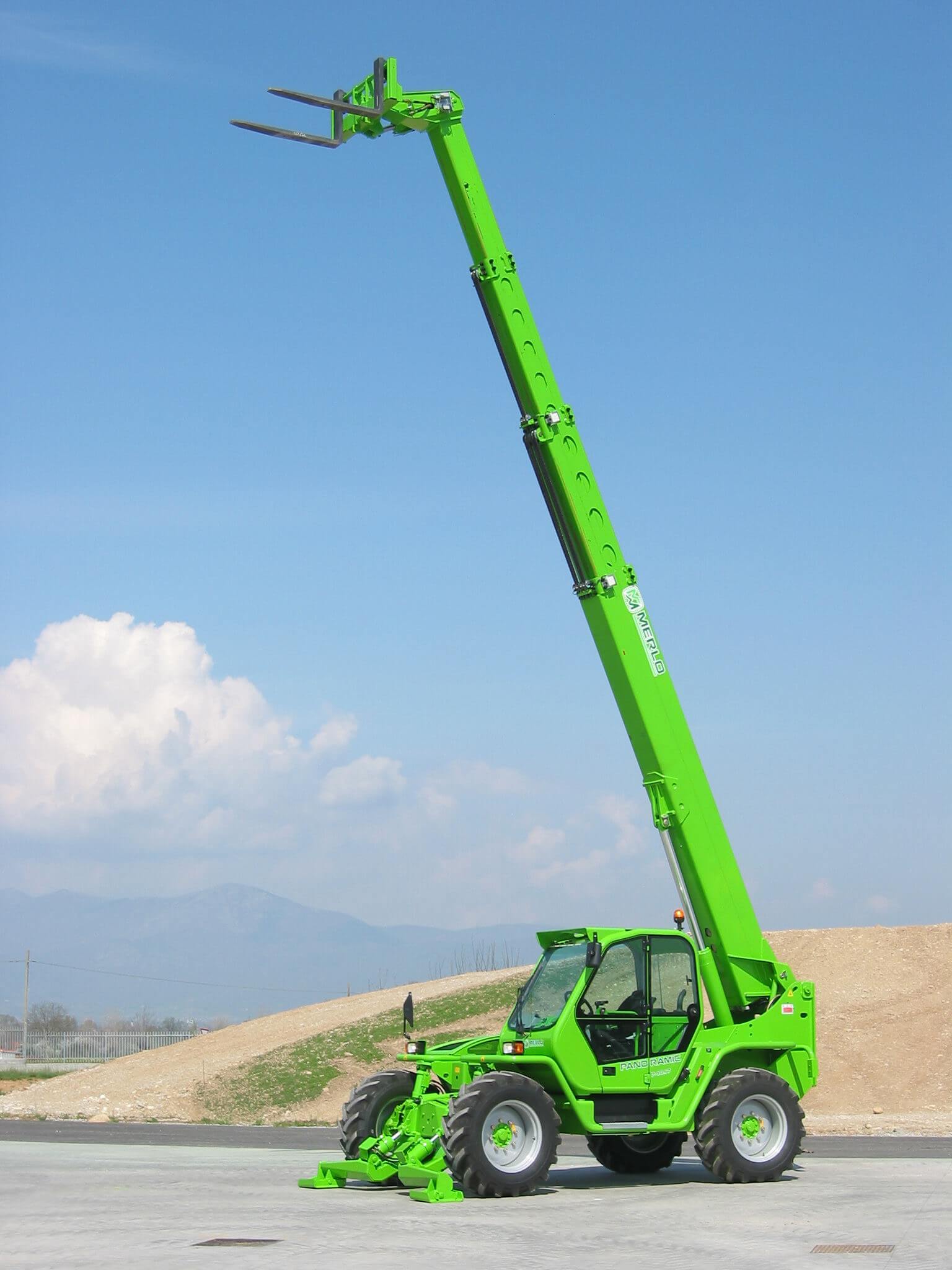 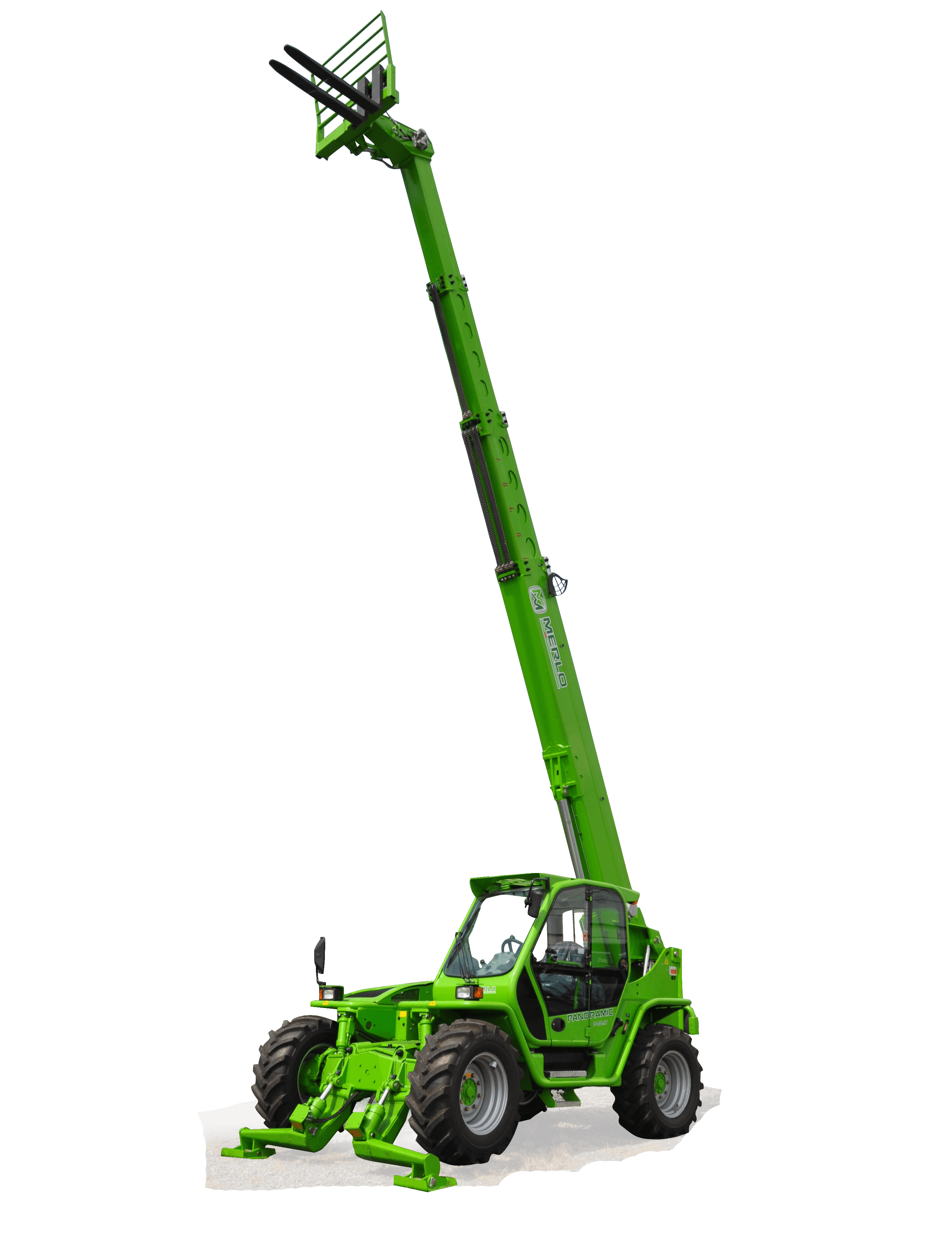 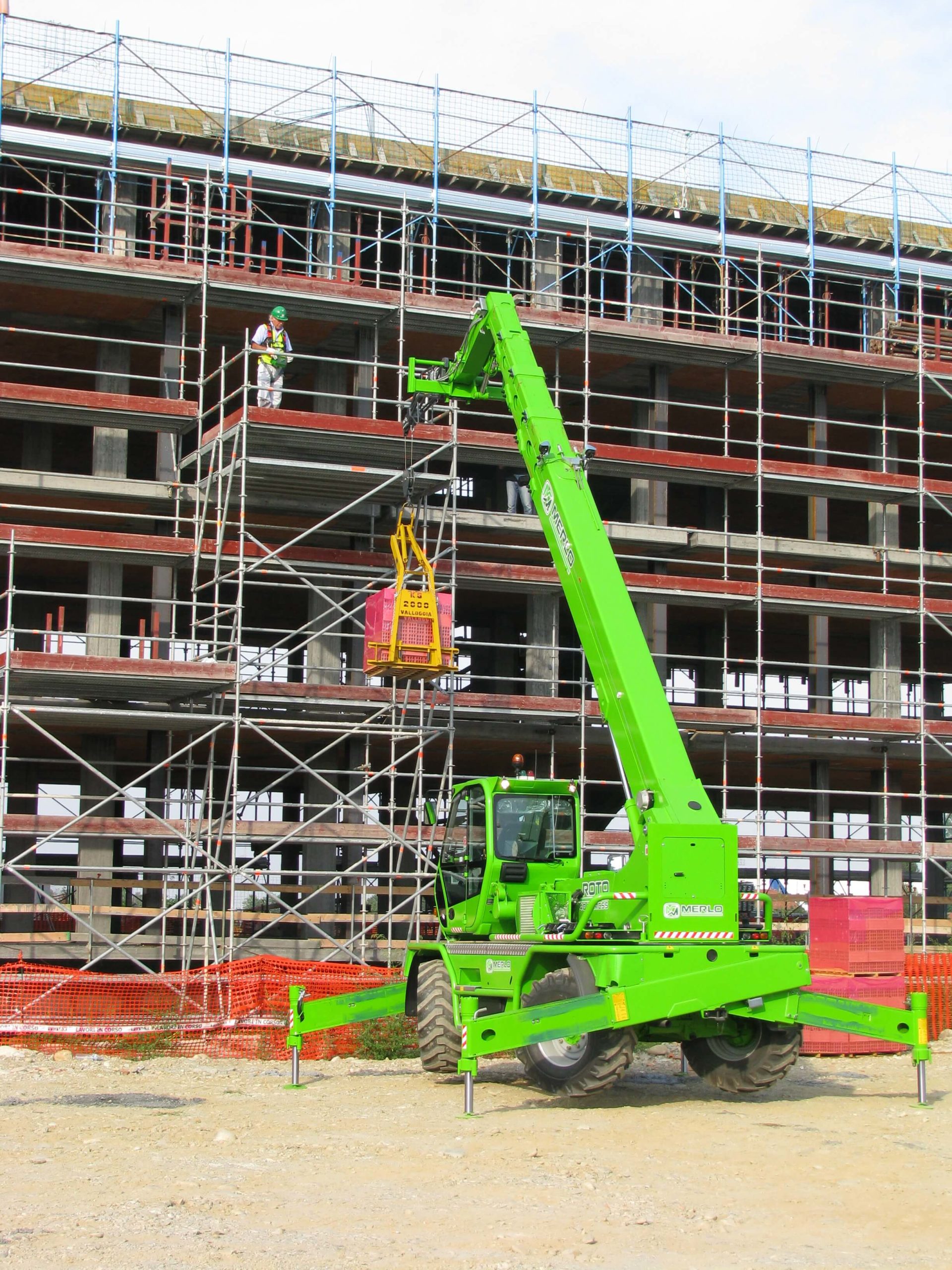 Imperial Crane is excited to introduce the company’s new fleet of Merlo telehandlers, a revolutionary “four-in-one” rotating forklift that has garnered a “huge response” from customers. Imperial is now an official dealer in Louisiana, Texas, Michigan, Illinois, Indiana and Wisconsin. Although Imperial Crane has utilized many different brands of telehandlers in its 47 years of business, Merlo’s product stands out from the competition in numerous ways. Merlo is on of the most versatile pieces of equipment which is Best in Class compared to the competition. Merlo’s telehandler is among the first rotating forklifts to feature a side-mount on the engine rather than under the boom. This allows the operator to achieve 360-degree visibility by dropping the boom into a low-profile position, eliminating the obvious safety hazard of blind spots. The Merlo caters to all of your construction needs like excavation, truck loading, lifting and handling loads of tools, supplies and materials or lifting operators to the work area. It is similar in appearance and function to a forklift but is more like a crane, aerial lift, loader, and man lift, with the increased versatility of a single telescopic boom that can extend forwards and upwards from the vehicle. With the use of a telehandler, it reduces job site operating time and cost with its pick and carry capability. If replacement parts are needed, these can be acquired within 48 hours which reduces lost time on the job.

Call and reserve yours today. Available for purchase or rent on a daily, weekly or for long term projects.

Telescoping material handlers are powerful, adaptable, and versatile; these machines are becoming more common on job sites and yards with every passing day. Their adaptability with numerous attachments such as forks, man baskets, buckets, fly-jibs, winches, and more, enable them to replace multiple units which allows contractors to reduce fleet size and increase efficiency and utilization.

Merlo stands out as the leader in the field having invented the rotating telehandlers in 1990, and having many other firsts in the industry such as moving away from rear mounted engines to side mounted engines, improving cooling and serviceability.

HYDRAULIC & ELECTRONICS IN THE BOOM

GIVE US A CALL TO SCHEDULE A DEMO OR RENT ONE TODAY!