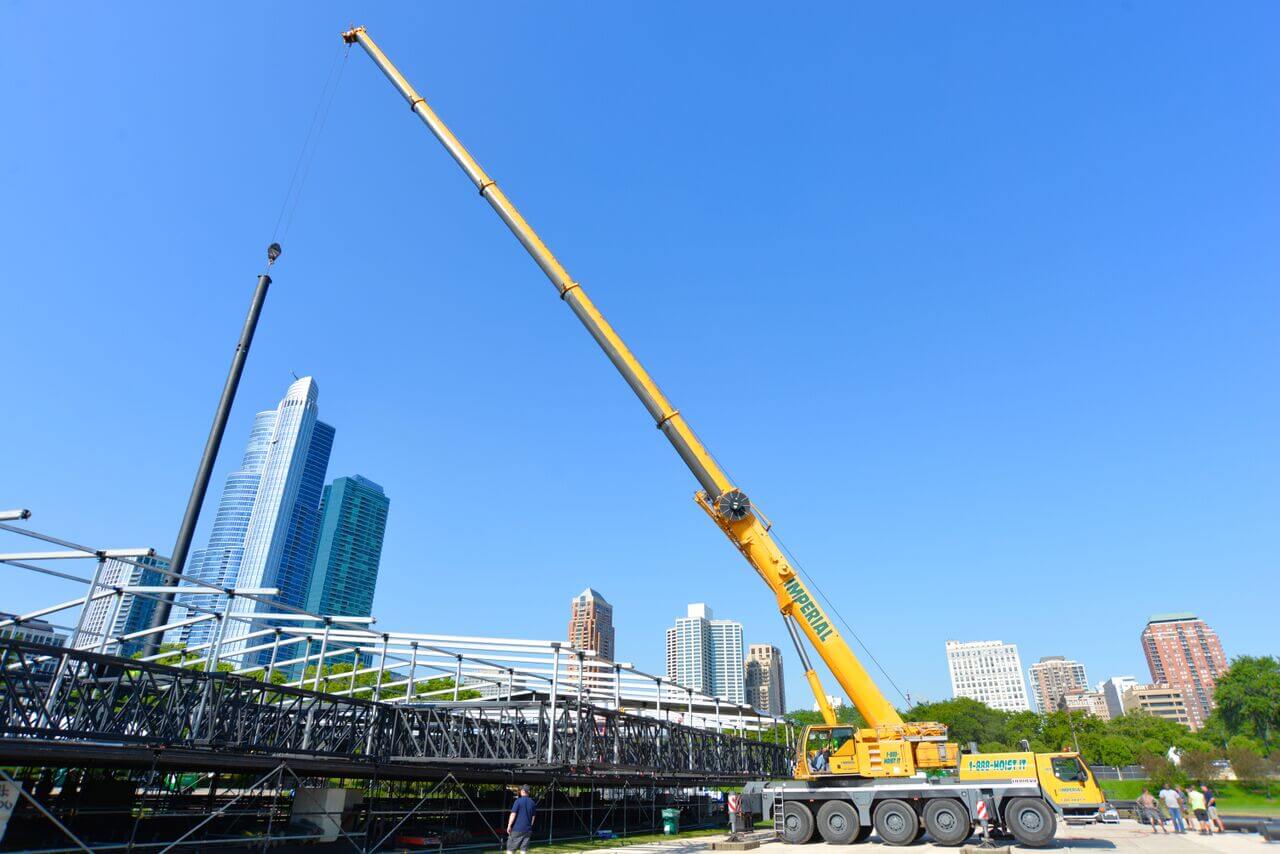 Imperial Crane was hired to set up the stages needed for Lollapalooza which took place from Friday, July 31st through August, 2nd in Grant Park. Lollapalooza is one of Chicago’s largest three day music fest. To complete the job, Imperial Crane used a crane weighing 150 tons and several small cranes to set up smaller stages for Lollapalooza. Imperial set up 8 beams, each 60 feet in length, on each of two main stages. Each beam weighed about 9,800 pounds. The beams were used to put up the roof structure, basically holding the roof in place. Imperial assisted in lifting up the lights, speakers and other items to help put this event together in about five days.

For over 45 years, Imperial Crane Services, Inc. has been committed to the manufacturing and heavy industries providing crane rentals on daily or long term lift projects with over 250 pieces of equipment. Imperial Crane is dedicated to providing the highest standards in safety, service and quality. Starting as a one crane operation, Imperial has grown their rental and sales divisions to create a worldwide organization. Imperial Crane was recently featured on the front cover of the Daily Herald newspaper for successful projects like this one.