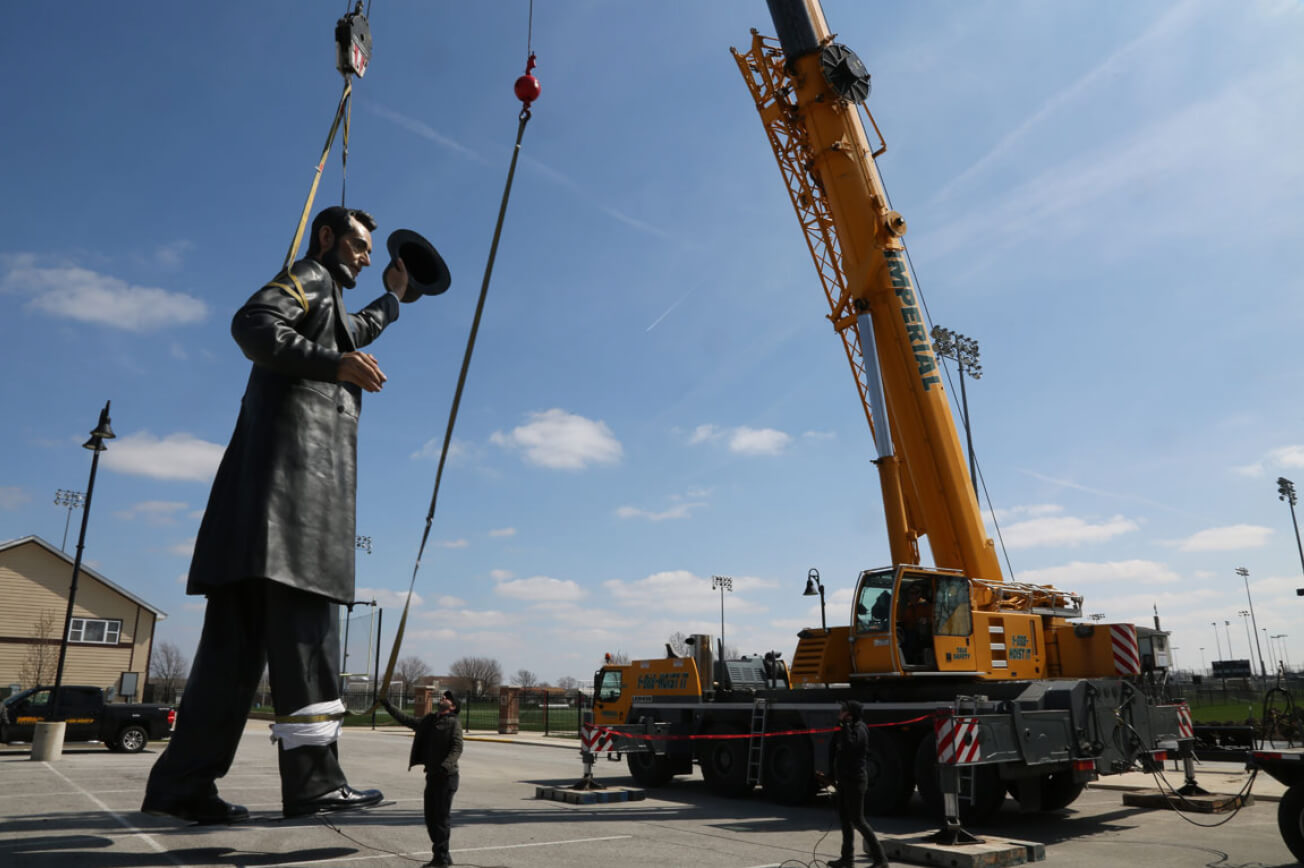 Up Close with Abraham Lincoln and the Common Man

The Common Man and an Abraham Lincoln’s 36 foot tall monumental statues hung from Imperial’s crane at the Crown Point, Indiana Sportsplex. This is a part of the Crown Point six month public art project which depicts Abraham Lincoln explaining the Gettysburg Address to today’s common man. The statues will remain on display through the end of 2016. 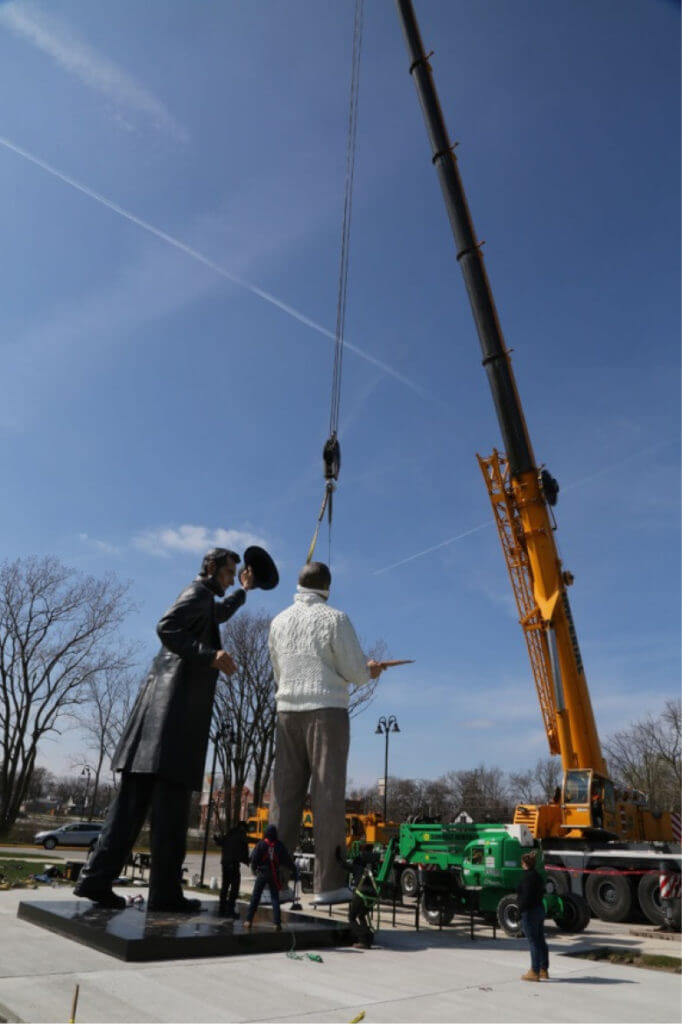 Starting as a one crane operation, Imperial has grown their rental and sales divisions to create a worldwide organization. Imperial Crane is ranked as one of the top 25 crane rental companies according to ACT (American Crane & Transport) and recently awarded the family business “Business in Excellence” award from the Daily Herald Business Ledger. Whether it’s the famed Trump Tower, a Citgo Petroleum Plant, a British Petroleum oil facility or a common daily taxi rental service in the tough American marketplace, Imperial Crane will rise to the occasion every time.