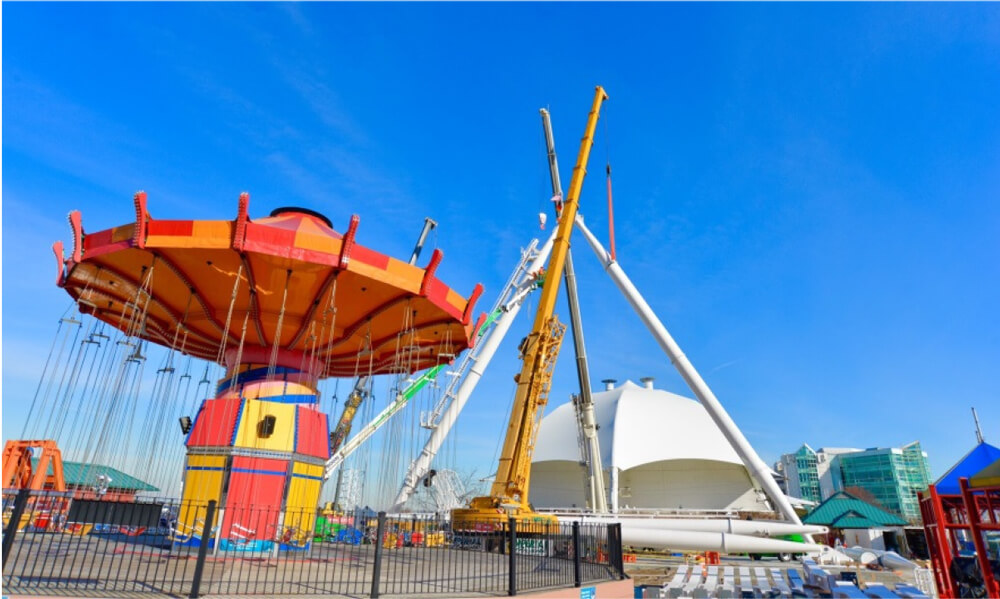 Take a “SPIN” with Imperial Crane

Imperial Crane took part in Navy Pier’s Ferris Wheel’s last go around as they were hired to assemble six of the new legs weighing 36,000 pounds each. Navy Pier was shut down for two days while Imperial assembled these during some of the coldest weather conditions and a passing of snow along the way. The new Ferris wheel will stand 50 feet higher and accommodate more passengers with the additional gondolas. Imperial also installed the original Ferris wheel in 1995. 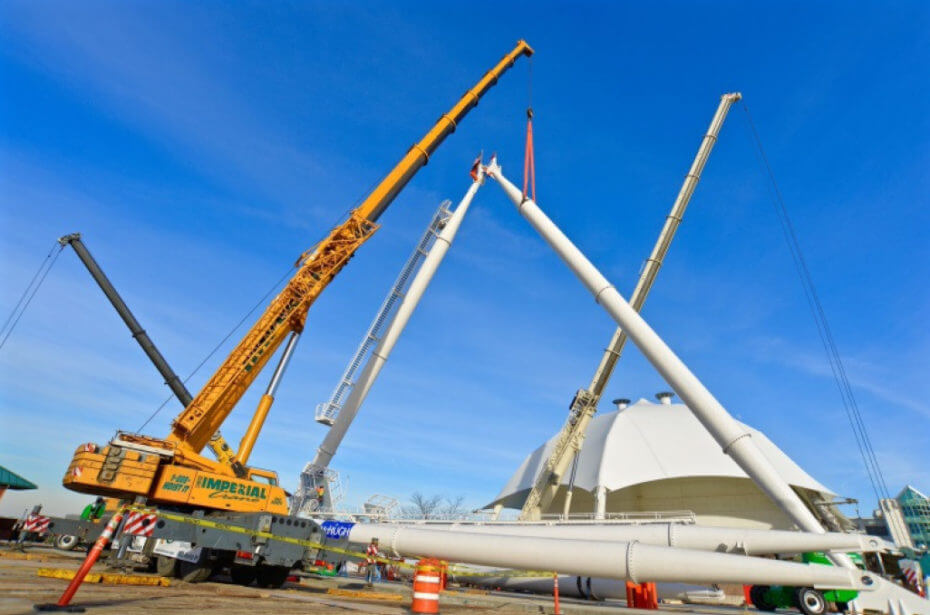