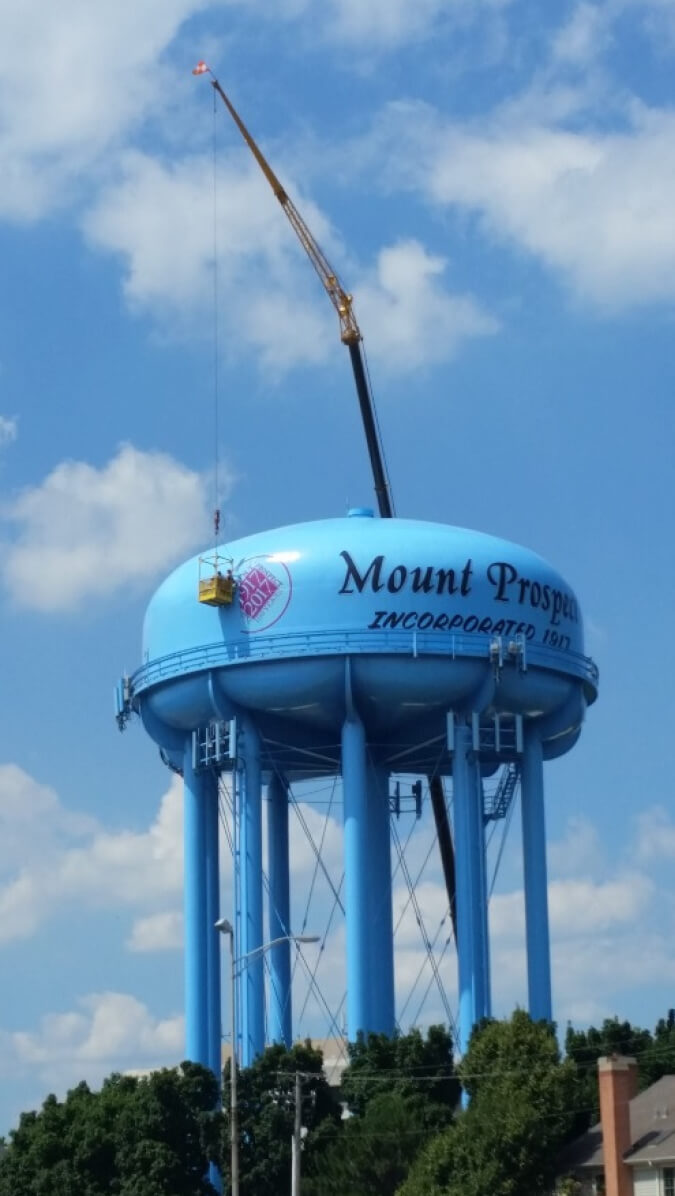 Imperial Partners with Mt. Prospect for their Millennium Celebration

Imperial Crane partnered with the Village of Mt. Prospect to hoist two signs on their water tower to announce their centennial anniversary (1917-2017). Mt. Prospect began as a farm community and now has over 60,000 residents. Imperial was able to setup the crane in the existing parking lot to hoist over the 130′ tall water tower vs. setting up the crane on Route 14 and impacting traffic.

Since its inception, Imperial Crane has been a cut above the rest regarding safety. This is what makes Imperial Crane stand out in the industry and been awarded jobs as a result of their safety culture. At Imperial, safety isn’t a slogan; it’s the way we do business.

Starting as a one crane operation, Imperial has grown their rental and sales divisions to create a worldwide organization. Imperial Crane is ranked as one of the top 25 crane rental companies according to ACT (American Crane & Transport) and recently awarded the family business “Business in Excellence” award from the Daily Herald Business Ledger. Whether it’s the famed Trump Tower, a Citgo Petroleum Plant, a British Petroleum oil facility or a common daily taxi rental service in the tough American marketplace, Imperial Crane will rise to the occasion every time. 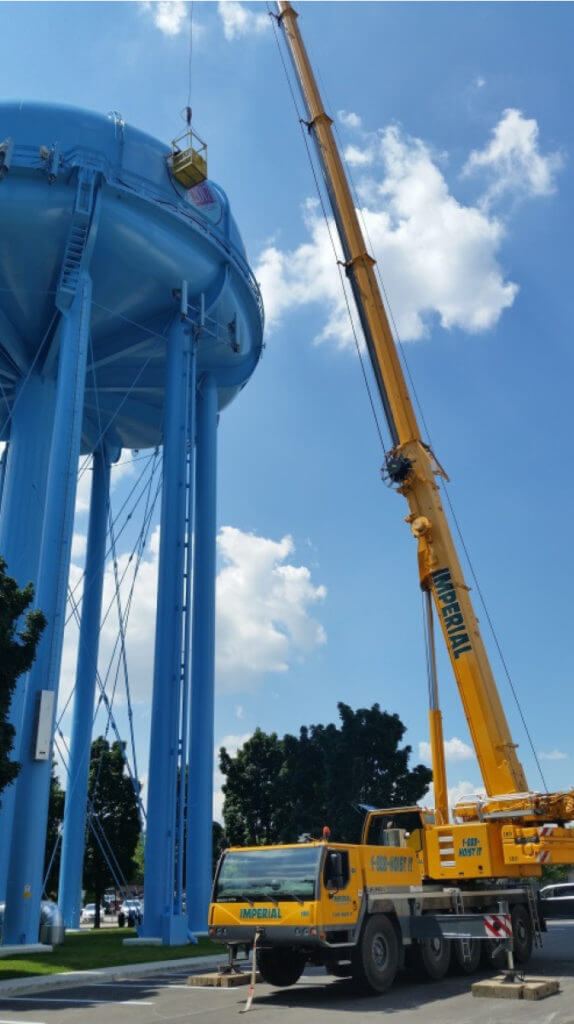