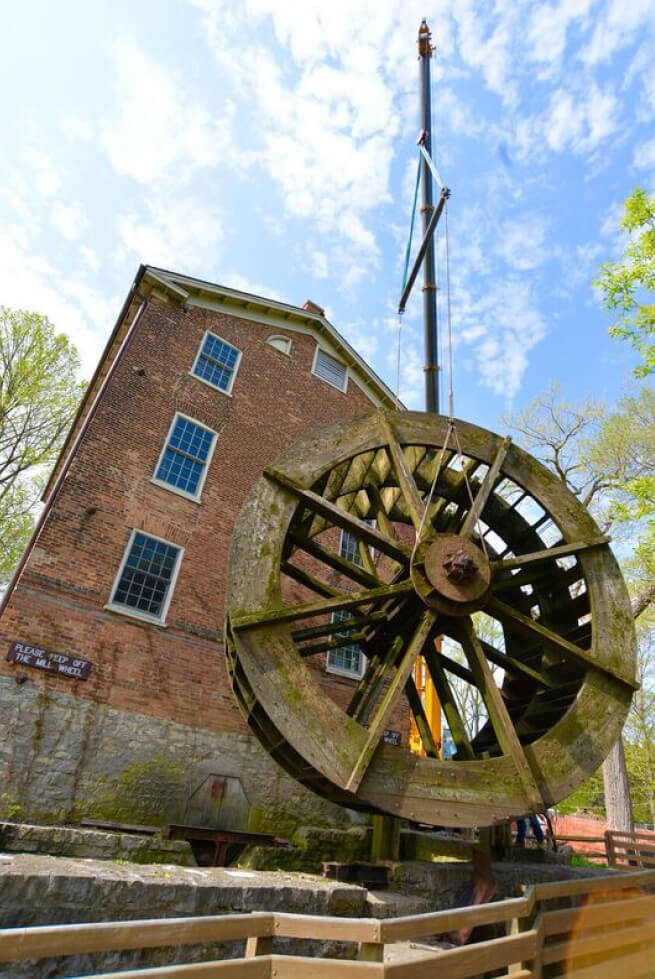 The 164 year old Graue Mill is under construction to make structural improvements. As a part of their renovations, Imperial Crane was called on-site to lift the waterwheel so that repairs can be done underneath the wheel. Imperial Crane is estimated to be back on site in June to return the wheel to its original position. The waterwheel which is approximately 16 feet in diameter and weighing an estimated 14,000 pounds is the only wheel in northern Illinois. The Graue Mill and Museum has been a historic landmark in the Oak Brook area and was listed in the National Register of Historic Places in May of 1975.

For over 45 years, Imperial Crane Services, Inc. has been committed to the manufacturing and heavy industries providing crane rentals on daily or long term lift projects with over 250 pieces of equipment. Imperial Crane is dedicated to providing the highest standards in safety, service and quality. Starting as a one crane operation, Imperial has grown their rental and sales divisions to create a worldwide organization. Imperial Crane has hoisted many high profile projects including NFL Draft, Lollapalooza, Navy Pier Ferris Wheel, Millennium Park Marilyn Monroe and Awilda sculpture, and ABC 7 Chicago Doppler Radar to name a few. Imperial Crane is ranked as one of the top 25 crane rental companies according to ACT (American Crane & Transport) and was recently recognized by Daily Herald Business Ledger as a “Business in Excellence” in the family business category. 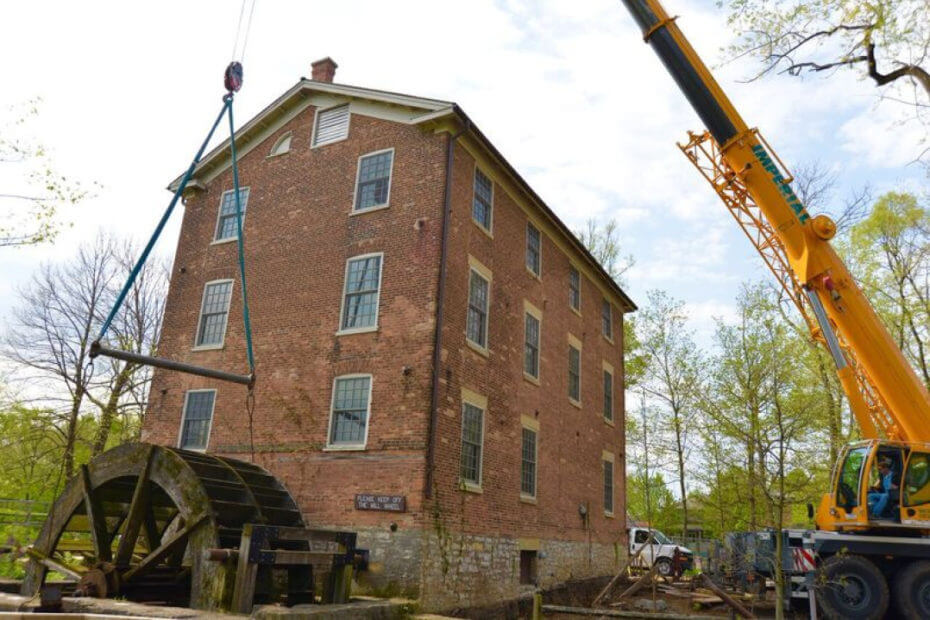