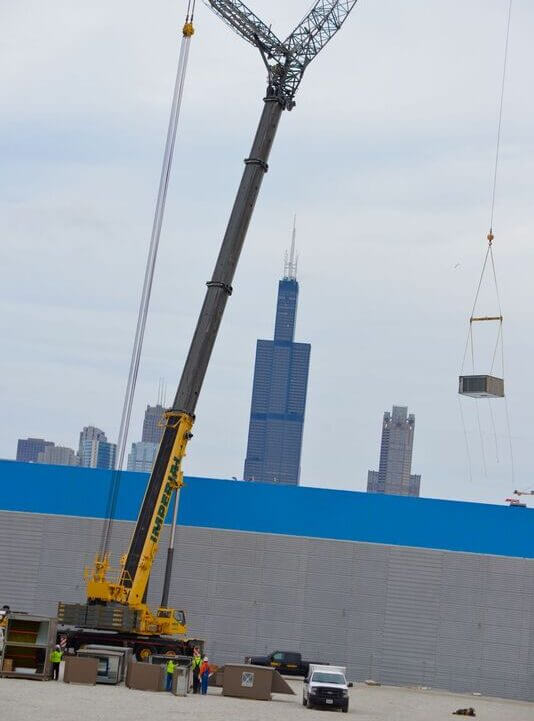 Imperial was lifting an assortment of the rooftop equipment to support upcoming rink operations…the heaviest unit being 12,500 lbs. at a 150’ reach into the building. A few of the units were in sections where Imperial had to assemble and stack them on the roof, with the operator making blind picks utilizing our hard line communication system.

Starting as a one crane operation, Imperial has grown their rental and sales divisions to create a worldwide organization. Imperial Crane is ranked as one of the top 25 crane rental companies according to ACT (American Crane & Transport) and was awarded the family business “Business in Excellence” award from the Daily Herald Business Ledger.